With increasing affluence on the one hand and a growing realization that there is a need for a relaxed lifestyle at least on weekends, the concept of second homes appears to be gaining popularity. According to the National Council of Applied Economic Re­search, the number of households de­scribed as rich is expected to reach 11 million by 2013 from 3 million in 2003. Meanwhile, the number of mid­dle class aspirers is predicted to leap even more dramatically, from 46 mil­lion to 124 million. The number of HNW Is in India is growing at 20% YoY, second only to Singapore. 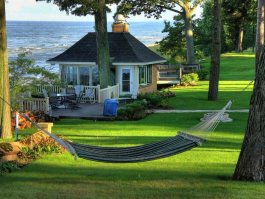 This growing opulence of Indians surely makes the second-home mar­ket pretty hot. According to a study conducted by Kapston.com, a Banga­lore-based E-business consulting firm, second-home sales in India in­creased by 50% from 2002 to 2007. The trend slowed a bit in 2008, most­ly due to the economic woes of the US. Then it picked up in mid-2010 to slow down slightly only in the recent time, although now it’s a normal, reg­ulated market where good stuff sells very quickly.

The primary reason for buying a second home is still lifestyle among Indians; however people have start­ed realizing the investment potential, but the investment consideration comes in a strong second place.

Even if buying a second home in­volves spending a lot more money be­fore retirement, you will be wise to consider it as an investment. If, for ex­ample, you buy a second home five years before you retire, you will be able to earn money by renting out your property for the next five years, and cover a part of the mort­gage costs.

And it’s not only for Indian dwellers. Non-resident Indians are buying this mid-level housing as well. NRIs can easily attain housing in In­dia because they were born there— but they can also buy even if their parents or grandparents were born there.

Many NRIs choose to go back to where they came from; they have dreams of having India as a possible place to retire, where hired maid ser­vants will run their day-to-day tasks while they relax close to friends and family. The home towns where they grew up always have a certain draw on their heart strings.

A second home is not a bad idea. It can serve the purpose of a change from the routine, once in a while, and leave you refreshed and energized. It can also be a wise investment. In fact people in the higher income brackets even opt for more than one second home as part of their long term in­vestment strategy.