Moving into one’s own home brings in so much happiness that can be experienced but cannot be explained. Same is the case with Bhargav, enjoying the new house, the house warming session, the praises for the new furniture and the construction.

As the month dawns, no sooner he realized about the EMI. As the case with many, he has to fund his account to pay the EMI, as the money flew with other expenses and investments. It is then he placed himself as a fund manager of the house.

So, firstly, he made a list of all expenses and income sources; and also loan and investments. He found the expenses graph goes higher as and when there is an increase in the income. Also another insight was, he had invested 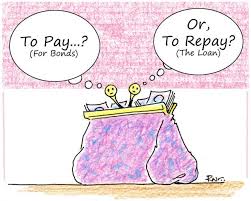 in ULIP, PF,  which are low return sources. Because of this, he had opted for low EMI which increases the loan tenure. He thought investing in those and pay higher loan interest to somebody is not a wise decision. So he withdrew funds from PF and changed his endowment policy to a term plan with a little higher returns. This left him with enough funds. Now, he used the PF for paying the principal and the money saved from not paying the ULIP to increase the EMI.

Here, we found Bhargav taking a very clever step. He reduced his principal by paying some amount, at once (other than EMI). This is called pre-payment. This reduces the principal amount and in-turn reduces the interest amount.  Pre-payment can be done any time as there are no charges applied. You can use this option whenever there is an extra source of income like increment, gifts from family, savings from salary.

A question arises is it worth using all the money saved to pay the principal. Yes, it is worth as you close the loan much earlier than agreed. But one should be sure that there is no other investment that gives you higher returns than the interest you are paying for the home loan.

We also found that he had opted to increase his EMI.  This too reduces the tenure of the loan. Try to avoid unnecessary expenses and increase the EMI. Imagine finishing the home loan at the earliest. It is the most relaxing thought for sure. But don’t be enthusiastic. Be a judge for yourself. Don’t make the EMI a burden.

Search for a lower interest rate: 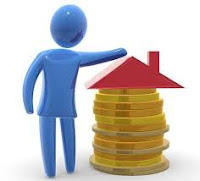 Know that there are always options to close your loan as early as possible. All you need is to get guided and monitored with careful steps and timely work. Realize that only after you finish your home loan, your house becomes YOURS.

This site uses Akismet to reduce spam. Learn how your comment data is processed.